← back to
Melting Pot Music
Get fresh music recommendations delivered to your inbox every Friday.
We've updated our Terms of Use. You can review the changes here. 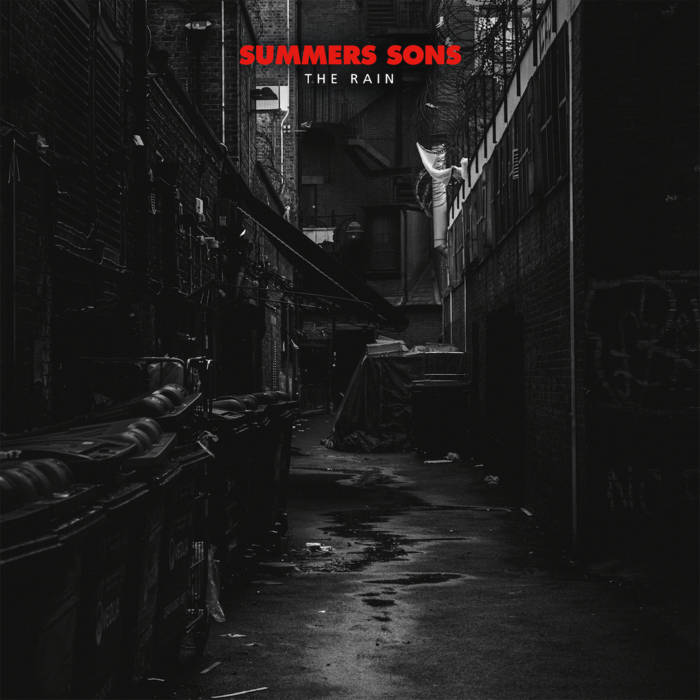 kth333 Great press-play album, considering the solemn inspiration. I’m truly sorry for your loss but thank you for sharing your cathartic-creativity. Having lost my mom many years ago I really felt the album through my own personal experience. Thank you again. I truly wish you all the best all the time, peace! Favorite track: Space To Breathe.

“The Rain” is the second full-length album by South London jazz rap group Summers Sons. Summers Sons are Turt (vocals) and Slim (production). They are actual brothers, Summers
is their surname.

“'The Rain' is a story of loss, love and new beginnings.”, Turt explains. “It's our most personal and experimental work to date. Written after the sudden passing of our step dad, a vulnerable and honest album exploring the lows and the journey to try and pick up the pieces. Over a stripped back production style, we bare ourselves more than ever before. The sun doesn't always shine but we need The Rain to grow. The album was recorded over an 18 months period immediately following his death and recorded entirely in the house we all shared. It's the most conceptual album we've made, and the themes stay present as a strong current throughout." Since then Turt and his partner Chess’ life has come full circle with the birth of their first daughter on Nov 1st.

Clash Mag who premiered Summers Sons’ second single “Bittersweet” states: “The gloriously infectious new jazz-leaning cut 'Bittersweet' (…) is worth filing alongside everyone from Gang Starr to Loyle Carner, but with a neat sound of their own.”. Summers Sons are gracing the cover of Spotify's “Coffee & Beats” playlist where “Bittersweet” enjoys the pole position. The singles “Blue Skies” and “Bittersweet” are also in Spotify’s “Butter” playlist.

Since signing with Melting Pot Music in 2017, Summers Sons have released a mini-album “Undertones” and their debut album “Uhuru” (a joint venture with pianist and singer C.Tappin). They have been featured on albums by Twit One and Flatpocket, toured with Children of Zeus and played shows with Melodiesinfonie and FloFilz. The latter also remixed one of their songs as did Twit One and Cap Kendricks. Both Summers Sons projects “Undertones” and “Uhuru” accumulated more than 3 million streams each and the band has build a strong fanbase in UK and Germany.

Lyrics written and performed by Turt.
Produced and mixed by Slim.
Vocals on “The Sequel” by C.Tappin.
Keys on “Just A Drop In The Ocean” by C.Tappin.
Vocals on “Bittersweet” by Zaya.
Recorded at Lightworks HQ, London.
Mastered by Roe Beardie at The Brewery, Cologne.
Artwork by Robert Winter (Photo) and Chicken George (Design).

Summers Sons are Turt (rap) + Slim (beats) who are actually brothers. They are longtime friends with vocalist and pianist C.Tappin. Their music can be described as rap with a lot of jazz. We like to call it cool bap.

Bandcamp Daily  your guide to the world of Bandcamp